First up, I have a story to share. My macbook pro died on me suddenly after serving me for exactly 6 years. Literally, suddenly, as I was about to start typing this blog post last weekend. Googling and troubleshooting for nearly three days, I was fed up of wasting my time that could be spent creating and marketing. I decided to give up and embrace the sudden change, and when we face a change don’t we all take a sentimental walk down in the memory lane?

I bought this macbook pro back in October 2009 when I first started Giant Origami. I was running children’s workshops and plotting how I could go from there. I remember I was thinking, “Wouldn’t it be nice if I could make hundreds of giant origami and put them somewhere where lot of people could see and enjoy and have a lot of fun traveling and attending festivals and events with Cosmo (at that time he was seven)?” First forward 6 years, I am amazed and incredibly proud of what I have grown Giant Origami into a brand that collaborates with big names in the world and being shortlisted for a 6 figure public funding.

Recently I was wanting an upgrade and I knew it made sense that I could do so much more such as starting video and vlogging with ease and speed, yet there were some unexplainable instinctual reason that I was talking myself out that I did not deserve an upgrade just yet. I still don’t have a firm answer as to why I felt that way, it was part financial and mainly it was fear that if I had an upgrade I would not have excuse not to grow Giant Origami, and this may mean soon I have to have others involved more and let my controll go. After working on this one over in my head for some time, I can honestly say, it’s about time! About time I plunge into a big investment purchase that supports the next chapter of Giant Origami. However, I am not the type to just blindly throw it on a credit card, I’ve always earned and saved before doing or buying anything. So, today would you help me by spreading a word that I am available for teaching, speaking, consulting and, public and private commissions, as well as small product line are on sale via Etsy? (Details of my services and products are here)

For time being, I got a mighty old desktop out from a storage, unboxed, dusted off and plugged in. I AM so grateful that this old chunky imac from 2005 still works. 🙂 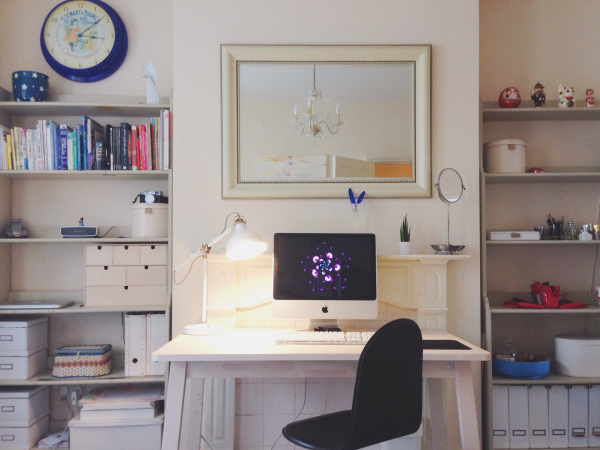 By the way, I have a special gift for you. And this was the main reason of writing this blog in the beginning, till the little storm in teacup happened. I have transformed popular Giant Origami Instagram series into screen wallpapers. A dozen of pretty desktop pictures are available right now as FREE downloads from beautiful Design Love Fest. I hope you like it. 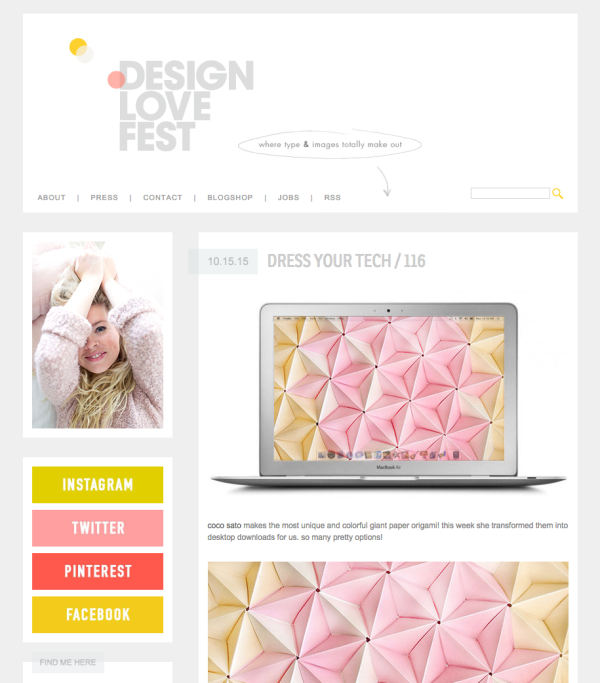